You have a realtor working with you and your list of must-haves as a home-buyer. You have your choice of homes that have been around for a while and homes that have been newly constructed. Of course, buying a new home can be preferable, but these homes come with higher price tags, so are they worth it? There are actually several advantages of getting a newly constructed home beyond just the fact that it's new. Here are a few often-forgotten perks of buying a new home that has just recently been constructed.

You get a home without any preconceived connotations.

Just like people, homes can garner their own reputation. For example, the Amityville Horror house gained a massive cult following because of the famed book and films that have covered the murders and supposed haunting. The attention was so profound that eventually the address of the home was changed and it was renovated pretty drastically to thwart unwanted attention. Of course, you are unlikely to buy a home with such a reputation, but you can accidentally inherit some of the unwanted attention a home gets if it has had a previous reputation. When you buy a newly constructed home, you eliminate this possibility.

You get a home that is less likely to be haunted.

OK, so not everyone believes in the supernatural, but many people do. According to House Beautiful, about 40 percent of the population claims they have lived in a haunted house, which is almost half of the population. You could say these people are bona fide supernatural believers. If you are afraid of buying a home that could be not completely uninhabited because there are spirits lingering, buying a newly constructed home will be your best bet. Now, some people do believe property itself can be haunted, but a good history check can help thwart those concerns as well.

You get a home that has never had an established address.

When a new home is constructed, it gets labeled with its own address according to its placement on a street. If you have ever been hassled by visitors and unwanted mail because the prior residents never changed their address, you know how refreshing it can be to get a brand-new address that no other resident has ever held. The mail coming to your mailbox will most likely be your own and it will be a rarity to get a visitor who isn't even looking for you at all. 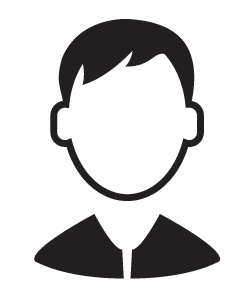 After I started looking for a new house, I wasn't sure what I wanted. I started thinking long and hard about what would work for me and my family, but the answers weren't always easy to come by. Fortunately, a great real estate agent reached out to me and helped me to make things better, and before I knew it I was moving into the perfect place. This website is here for anyone who has ever struggled to make a decision about which house to buy, so that you can invest in a place that you can really enjoy. Check out this blog!